Noisy, multi-instrumental, text-laden, Popebama applies the freshness of experimental sound and free spirit of improvisation to precise execution and formal composition. Since 2016, Erin Rogers and Dennis Sullivan have pooled their collective experience as composer-performer-improvisers to uncover new ground in both sound and performance. Joined by composer-performer-playwright Rick Burkhardt on accordion, the program will begin with an improvising trio, followed by a new work for multiphonics + percussion and electronics by Rogers. The event will culminate in the premiere of Wing, a ~30 minute journey of 2 playing/speaking instrumentalists, recounting visual details from a long-ago scene complete with imaginative excursions and daydream-y escapades; the fusion of instruments, sound, and text becoming a singular thought, in the seamless way Burkhardt has become known for. 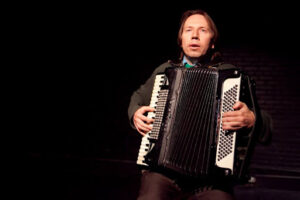 More Info + Tickets
Proof of vaccination (12 and older) against COVID-19 required for entry. Please complete this form before arrival: https://airtable.com/shrlUUL6cBgqaBtDl. All audience must be masked during the performance.

Popebama joins Unheard-of//Ensemble and composition faculty for the Collaborative Composition Initiative at Stony Brook University. As part of CCI’s intensive 5 day workshop from July 10-13th, 2021, Popebama will give a Q&A session followed by an evening performance streamed on YouTube.

Program: new works written by and for Popebama
Gamma Chamber by Dennis Sullivan
Fuse by Patrick Chan
an infinite sea of particles by Chris Biggs
Showdown by Popebama

*Check back for performance schedule*

SPLICE Institute is an online, week-long, intensive summer program for performers, composers, and composer-performers interested in music that combines live performance and electronics.

Catch Popebama on the Infrequent Seams Streamfest alongside an incredible lineup of artists. Set #1 is a performance of “Fuse” by Patrick Chan while set #2 features two newly minted works from the Popebama vault, including the Dennis Sullivan‘s “Gamma Chamber” and the ultimate joystick competition “Showdown.”

Thurs, June 17 @7:00p ET
The live stream is hosted on Bandcamp, and requires a free Bandcamp fan account to view.
Link to tickets ($5) and stream HERE

Apr 22, 2021 @7:30pm EDT – ONLINE: The UVA Department of Music and The Bridge PAI present Telemetry, a streaming event featuring Popebama. The NYC-based experimental duo will present the video premiere performance of Ryan Carraher’s …and try to become the Light? an ever-contorting, other-worldly journey of body, mind and reality, followed by Chin Ting Chan’s Fuse I, an exploration of hollow sounds, electronic triggers and ensemble interplay. Popebama will also perform co-composed work by the performers, Erin Rogers and Dennis Sullivan.

NYC-based duo Popebama (Erin Rogers, saxophone + Dennis Sullivan, percussion) and Columbus-based Tower Duo (Erin Helgeson Torres, flute + Michael Rene Torres, saxophone) team up for an afternoon of video premieres presented by the Johnstone Fund for New Music. Tower Duo leads the show with the premiere of “Deceptive Stillness: Isolation Vignettes” by Michael Rene Torres, a new work of 8 miniatures for flute and saxophone and video that explores eclectic scenes and sounds. Popebama takes the stage with the premiere of Wing, a story told through small sounds and sentence fragments by Obie award winning composer/playwright, Rick Burkhardt followed by the premiere of edgewise, a masked excursion into the world of electronic voice phenomena for two performers + electronics, by Kittie Cooper. The program will conclude with Rogers’ Light-On-Light – a fiery adventure in time and transit. 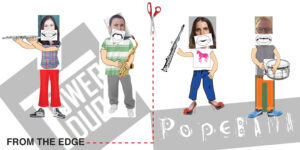 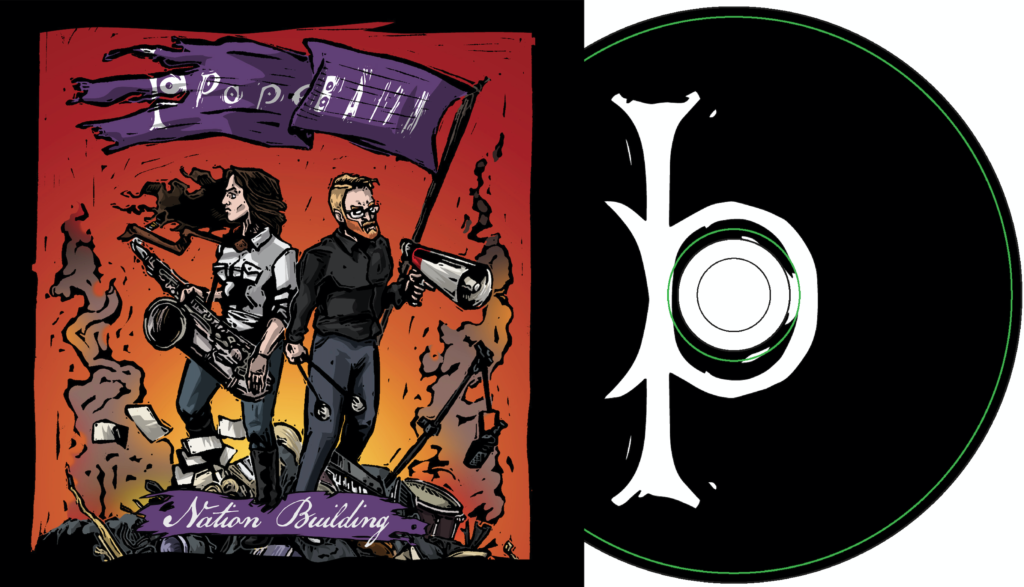 Popebama will be present a series of quiet but energetic pieces amplifying small sounds in a small apartment. Composed in -the-moment, by Erin Rogers (saxophone) + Dennis Sullivan (percussion). 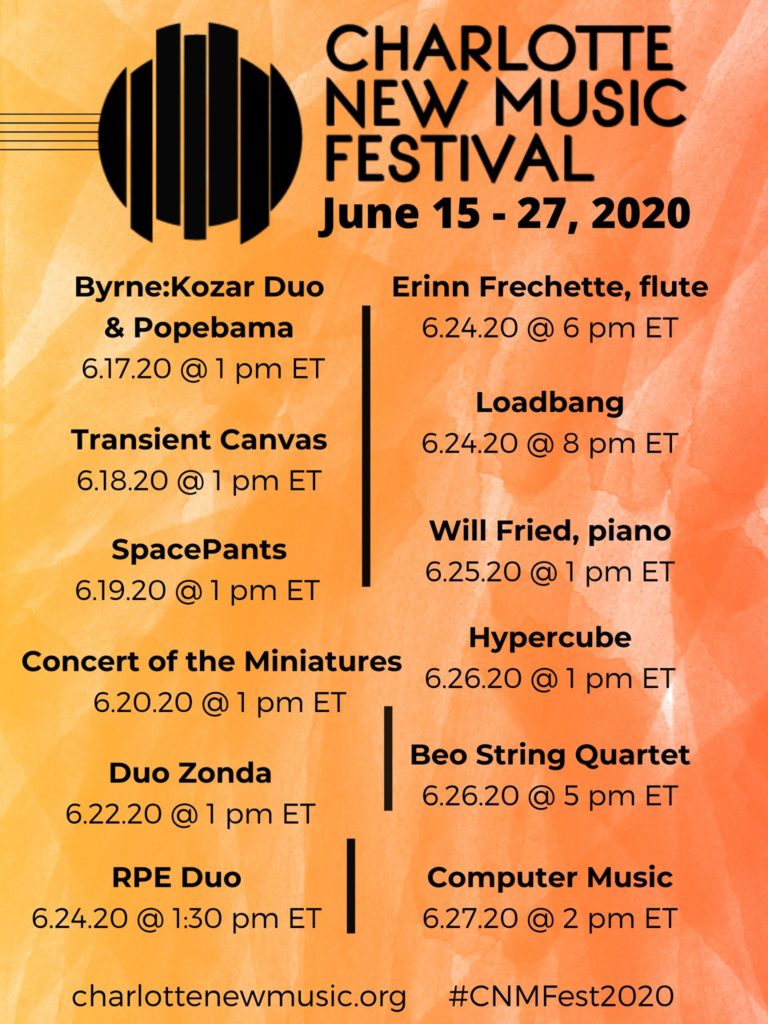 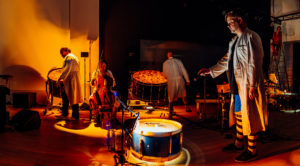 Popebama joins Bearthoven for their returns to LPR and the third annual ‘New Works’ concert. Performing works by Rogers, Sullivan and Rogers-and-Sullivan, Popebama will join the bill for an opening set. Bearthoven will presents NYC premieres of two substantial new pieces by Bang on a Can co-founder Michael Gordon and Kinds of Kings co-founder Shelley Washington. 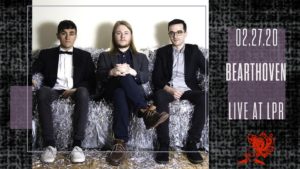 Popebama travels to the great state of Minnesota in October! Pleased to be performing at the University of Minnesota Duluth (UMD), we will present works by Erin Rogers and Dennis Sullivan. 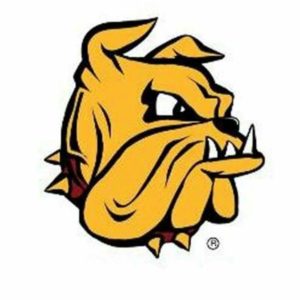 Popebama travels to the great state of Minnesota in October! Pleased to be performing at St. Cloud State, we will present works by Jenna Lyle, Paul Pinto, Erin Rogers and Dennis Sullivan. 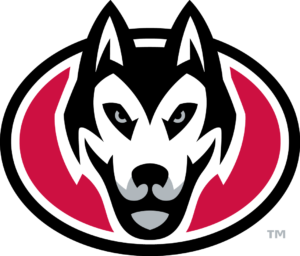 Experimental, improvised, new composed and other intrepid music in Queens.

NYC-based composer-performers, apply text, electronics, and high-energy instrumental writing, to communicate to worlds beyond measly Earth (though we love Earth and the rich soil), through virtuosic execution of non-traditional sounds.

Momin and Gallo will perform for the first time as duo bringing together their common interests in music technology and its possibilities for improvising and developing original beats rooted in their backgrounds in the music of South India, North Africa, Middle East, West Africa and its diaspora and Latin America.

The School of Music at Ball State University featured guest artist Popebama at the 49th Annual Festival of New Music. From March 14-16, 2019, the “noisily virtuosic” duo of Erin Rogers and Dennis Sullivan performed adventurous works for saxophone, percussion and electronics over 5 concerts, including new works by Rick Burkhardt, Chin Ting Chan, and winners of the festival’s call-for-scores, Chelsea Loew and Jeff Herriott. 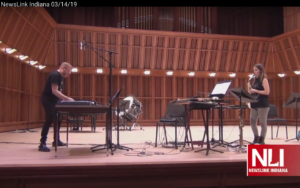 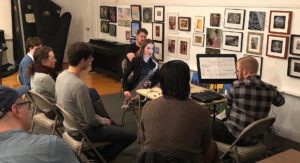 Popebama kicks off the season with a visit to UMass Amherst on September 6th, premiering new works by Jenna Lyle and Daniel Silliman, presenting masterclasses on saxophone & percussion + performances of our greatest hits

Re:Sound is an annual new music festival that brings together and showcases pioneers in the arts with diverse programming at venues throughout Cleveland.

By connecting local and visiting artists, the festival further propels the innovation and artistry flourishing in Northeast Ohio.

Check out a review of the concert from Cleveland Classical. 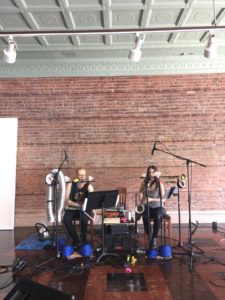 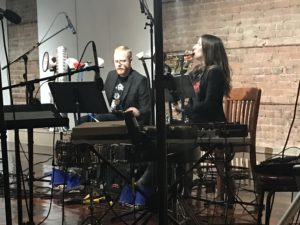 Popebama and The Footlight present an evening of sonic exploration and various absurdities featuring Ridgewood and Astoria based artists.

This program is made possible (in part) by the Queens Council on the Arts with public funds from the New York City Department of Cultural Affairs in partnership with the City Council.

A robot improvises on bata drums and synths. A real and a ‘human’ cello play one another. Mobile colored lightbulbs choreograph a tiny electronic orchestra.

The first in a new series of curated events directed by composers Viola Yip and Julian Day. Come hang with us afterwards!

We’re playing a live drawing improv session and it’s open to the public!

Popebama joins Brandon Lopez and Nina Dante THIS FRIDAY, starting at 6/6:30p for a life drawing session curated by Amy Garapic of TIGUE. The quartet will play an improvised music set accompanied by contemporary dance superstar Fiona Lundie. At 7:45p the music continues with PRIMA.

Participation is up to you. Drawing is not required, but greatly encouraged. The music & company will be bonkers regardless.

Catch all the other great acts as part of New music Edmonton’s “Bring Your Own Venue” (BYOV): 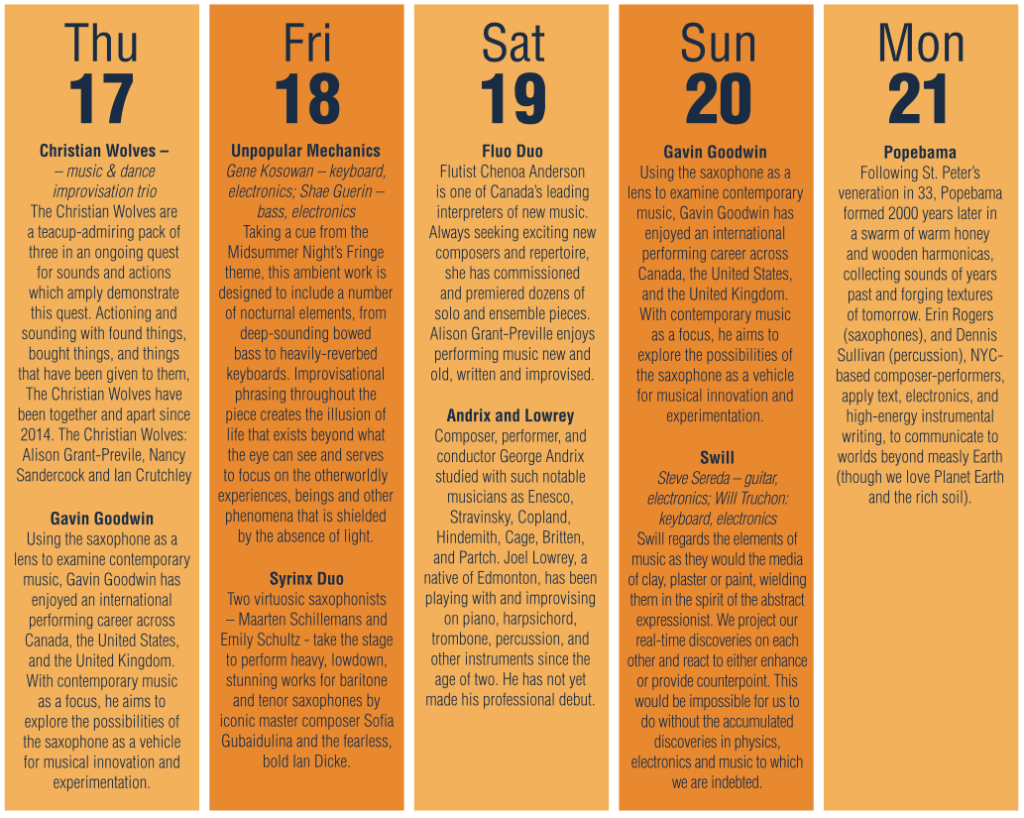 Interdisciplinary artist Brandon Perdomo will host performers from NYC during an afternoon of contemporary theater, dance, with music by Erin Rogers and Dennis Sullivan (Popebama). The performance is also a culmination of his earlier workshops at Socrates: ‘Masks for MVMT’ Saturday Sculpture Workshop on July 22 and Living-Sculpture Garden pop-up installations on July 24 (12-2pm) and July 26 (7-9pm). Perdomo’s performative work has manifested as a modern presentation of dance and theater incorporating music, multi-media presentation, and practice from Ankoku Butoh.‎ 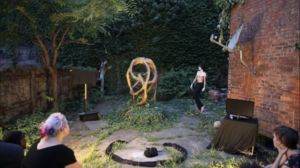 Popebama (Erin Rogers & Dennis Sullivan) are playing the goodbye-party to the firehouse and a hello-party to the new space in sunset park. Show goes from 4:00 – 12:00 and on. We’re on at 5:40! Jonathan Kane’s band February will close out the night starting around 11. There will be a 50/50 cash raffle and the usual beer and wine available.

Come out and support a great community venue, committed to hosting under-represented art. Huge thanks to Sandra Sprecher for her tireless work in this regard. 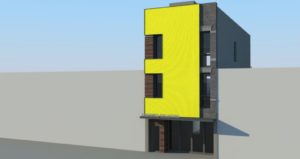 Popebama (Erin Rogers, saxophones and Dennis Sullivan, percussion) and Ogni Suono (Noa Even and Phil Pierick, saxophones) team up for the opening concert of Permutations’ 5th Season at Scholes Street Studio. Ogni Suono will present the New York premiere of my piece “Clamor.”

Popebama (Erin Rogers, saxophone; Dennis Sullivan, percussion) will perform four adventurous works featuring saxophone, multi-percussion, vocals, and electronics. Northern Cities, the 5th of Matthew Shlomowitz’s Letter Pieces, combines physical activities and sound events invented by the performers and performed within a fixed order, structured by the composer. Paul Pinto’s Hack It is a virtuosic scene for very quick speakers from Paul’s upcoming opera-in-development Thomas Paine in Violence. Broken Umbrella by Erin Rogers is an embellished excerpt from the Call Center scene of thingNY’s opera This Takes Place Close By, featuring a day-in- the-life of a 911 operator. Shedding Waste, by Dennis Sullivan, invites the listener into a virtuosic sound world using table-top percussion to mimic and distort the extended techniques in the saxophone.

Ogni Suono’s program features pieces from SaxoVoce, a long-term project exploring the wide-ranging musical, dramatic, and theatrical possibilities inherent in the synthesis of saxophone and voice. In Vocalise II, Felipe Lara explores new timbral, rhythmic, harmonic, and expressive possibilities by means of playing and singing through the saxophones simultaneously, echoing twelfth-century Pérotin organum. Kate Soper’s OTOTOI uses the two players, their instruments and their voices, to dramatize the dialogue between the terror of the future and the dread of the present expressed in Aeschylus’ Agamemnon. Full of instrumental racket, vocal noise, and sounds from somewhere-in-between, Erin Rogers’ Clamor is an oversaturation of human and instrument. Inspired by the poetry of Gerard Manley Hopkins, Zach Sheets uses the contours of the performers’ voices as seeds from which the melodic shapes bloom in his dare-gale, speaks and spells.

It Foot, It Ears

Dennis Sullivan and I have a new project called Popebama. We’re really excited to be playing a new work by Dennis for saxophone, percussion and implements. This piece is going to rock your world, along with the whole line-up so don’t miss it!